The Food and Drug Administration and the American Medical Association have released videos that are teaching physicians about dietary supplements. But do they? What you should expect at your next doctor’s visit

Welcome to Straight Talk on Health, I’m your host Dr. Chet Zelasko. Let me ask you something: What did the FDA and the AMA Want to teach physicians about dietary supplements and what you expect from your next doctor's visit. Let me fill you in on the details. In late May of 2022, the Food and Drug Administration in partnership with the American Medical Association released 2 short videos to teach physicians about dietary supplements, plus a 3rd aimed at consumers. Now, if you want to find the videos when you're done listening to the podcast. All you have to do is into a search engine put these initials because that's what they are FDA, AMA, DS, which stands for dietary supplements. And you might want to throw in 2022 because it turns out the American Medical Association puts out a whole lot of videos. Most of them are directed towards physician.

Let me give you the rundown on them. The way that I looked at them in the way I interpret them. The first video spent time defining and explaining what a dietary supplement is the delivery systems companies use such as tablets and gummies. The key thing is they have to be ingested. They can't be. They have to go by mouth into your stomach. Nothing else counts as a dietary supplement. They spent an extraordinary amount of time talking about the process, the Food and Drug Administration. The FDA has this whole process. And one of the things that they focus on a great deal in the second video is adverse events and help physicians should report them. And then they give a sample conversation between a doctor and patient, and I found that quite amusing because I've never had that kind of discussion before. But again, I let people know what it is that I do for a living and being an expert in nutrition is one of them. So, I know dietary supplements a very, very well. You know, I think there are 2 important positive things about the videos and what you think this is a negative thing. Yet the Food and Drug Administration does not improve dietary supplements and they want you to know that because they repeatedly 6 or 7 times in the first video just to make sure you didn't forget.

They repeat it again in the second video just not as often. But let me give you the real down low on this. They don't approve them the same way that they approve Pharmaceuticals, but they do control them now. How do they control them? Well, if you sell a dietary supplement, you're not allowed to make any health claims. In other words, you can't say if you take this supplement here, it will reduce your risk of a heart attack. You can’t say it will lower your cholesterol. You can’t say it will prevent cancer. Those are not allowed, nor should they be because it’s a ridiculous statement to begin with. Not that you probably haven't seen it on the bottles of supplements, things of that nature. But it shouldn't be there. So, in exchange for not having to do all the clinical trials. The pharmaceutical must go through, the Food and Drug Administration in 1994 passed the dietary supplement health and education Act and what it essentially says is some of what I really told you. You don't get to make claims about diseases, but you don't have to go through an approval process before the supplement is introduced. And that's the way it's been for what close to 30 years now. However, the industry has changed. Back then it was a 4-billion-dollar industry. Today, Supplements are a 54.1-billion-dollar industry. So, it has grown exponentially.

Part of the reason for that is they now have so many more different types of products. And you think it's important that you understand the difference between things. You have vitamins. Those are obvious roles in the body. Many, many different functions. And then you have minerals. Minerals are like iron calcium. They have a function in, and they have a role to play in the body. Then there are things like other supplements, now other supplements might be a fish oil. They're not a vitamin or mineral, but it's something that may be beneficial for you to take. And then there's a classification called herbs and herbs I think are where most of the problems lie when it comes to dietary supplements because they are more medicine than they are vitamin or mineral or other supplement. They’re made by the body. Why would you take if you want it if it survived in the gut and it could be absorbed. But an herb? you never asked to take an herb in your life. And I think that the lack of clarity in the way they explain that, yes, it must be ingested, but it could be all of these different things, including amino acids, if you use a protein powder. You can buy individual amino acids and certainly multi vitamins multi minerals and on and on…a lot of gummies that are available today. So going back to the claims. It's very restrictive on what you're allowed to say. If you catch the attention of the Food and Drug Administration, you will get a letter that says cease and desist. You're making claims that are unwarranted.

If for some reason instead of the Food and Drug Administration, you get the attention of the Federal Trade Commission, then they are in your face for the next 7 years and no legitimate company wants that because they restrict much of what you're allowed to do. Every claim that you make, even if it fits what's called the structure function. You can’t say a supplement cures arthritis or helps arthritis, but you can say it can support joint health. Get the distinction? And so, the critical factor here is no legitimate companies going to want the FTC in their face for 7 years because they have more hoops to go through.

Now, Illegitimate companies, companies that are fly by night, sure. They offer a supplement make all these wild claims, close up and then go off to do something else. That wasn't presented that way in the video. Second, and this is important, you should always discuss supplements with your physician. It's a pain, especially to take a lot of different things. But while they won't learn that from these videos. There are some were there are interactions that are possible.

Let's turn to the second video. So those are my thoughts that are positive. When you look at the second video, they talk a lot about adverse effects. What are those? They could be in any system of the body. If you took a supplement and you got a headache, you’re supposed to report it, or your physician is supposed to report it. They went through every system in the body. I mean, the big systems like the heart and blood pressure, cardiovascular related things, you know, brain and the nervous system. The problem with reporting adverse events, the way that they pitched it to physicians was that it doesn't matter whether you think it was related to it or not. If someone claims they're taking a dietary supplement and they get a little tummy ache or they get a little loose stool that's supposed to be reported as an adverse event. I object to that approach because I can tell you from the perspective of pharmaceuticals, if you take a brand-new pharmaceutical, it doesn't matter what it is, you're going to get some sort of change. And where is going to happen? Most likely in your digestive system because it's going to mess with your microbiome. That's where all the absorption in stuff takes place. There are systems there that can adapt, your microbiome will adapt to those medications just like it will to any dietary supplement. However, that's not stated in there. The other thing that they talk a lot about is the potential for interactions.

Now, I only know of a couple of interactions between supplements and medications. One would be double strength grapefruit juice, whatever that is. And if you take a statin that can cause the statin to be absorbed quicker, but it doesn't affect the efficacy of the statin. It’s still going to reduce your cholesterol level. The other one is if you take a thyroid medication, calcium, you're not supposed to take dairy products within 4 hours of when you took that. Everybody who's on level thyroxin knows that and they don't do it. And those are the really the only ones. Now, there are some case studies where you may find that a green tea extract someone took too much of it and they had liver issues. Those cases are almost always someone who is abusing taking the supplement.

Something that you're taking with blood pressure may be just for you, it’s going to interfere with that type of statin you're taking or with some other medication for another condition. Nobody tests every medication against every other medication. It just doesn't happen that way. So let me summarize it this way: the next time that you go into your doctor's office, it may be a slightly different experience because they may, if they watch the video, want to talk to you about your dietary supplements and you should share that information with them. But go away understanding that the Food and Drug Administration never approved dietary supplements – what happens in the future, we don't know. And the thing where the videos fail is they taught nothing to physicians about what nutrition in the form of dietary supplements could actually do to benefit their patients. Sad? That's the way I feel about these videos. Watch them. until next time this is Dr. Chet Zelasko saying health is a choice, people. choose wisely today and every day.

Straight talk on health with Dr. Chet Zelasko is recorded in the studios of WGVU Public Radio in Grand Rapids, Michigan. The views and opinions expressed on Straight Talk on Health are not necessarily those of WGVU, its underwriters, or Grand Valley State University. episodes are found at wgvunews.org and wherever you get your podcasts, please rate and subscribe. 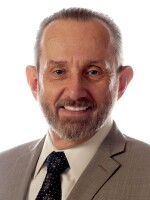