The year was 1970, and in honor of the new sculpture, a group of volunteers started the annual Festival of the Arts.

“And so we had invested our efforts into that piece of art coming here, before it ever got here,” Bivins said.

David Abbott is the new executive director of the Festival of the Arts. He says the Festival has not only strengthened the city economically but has enriched the community.

“When arts take a leadership position in a community, the community becomes more vibrant,” Abbott said.

Meanwhile, as the city celebrates the 50-year milestone, Bivins can’t help but reflect on the next 50 years to come, and who will carry it on.

“I was 24 when I started working on Festival, we had two kids by that time," Bivins said. "But, we felt it was important enough to put some effort into the community. And I look around and I’m just hoping 24 year olds will start coming back and helping.”

Festival of the Arts will take place this weekend, June 7 through 9, downtown Grand Rapids. An opening ceremony with Mayor Rosalynn Bliss will be at 7:30 p.m. Friday on Calder Stage. 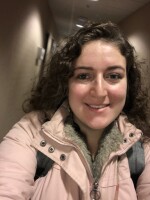