Arts
POWERFUL WOMEN: LET’S TALK
A series of POWERFUL PODCASTS by WOMEN, about WOMEN. Women’s strength has shaped the world in which we live in all possible aspects, the likes of government, education, health, science, business, spirituality, arts, culture and MORE. NPR-WGVU Public Media’s POWERFUL WOMEN: LET’S TALK podcast is a series of interviews with diverse women who are trailblazers who have helped shape our community and transform who we are and how we live. Hear them tell their stories in their own words.This podcast will be released in the summer of 2020 which corresponds to the 100th anniversary of the passage of the 19th Amendment, guaranteeing and protecting women’s constitutional right to vote in the United States. This release will also parallel PBS national programming celebrating this historic event.POWERFUL WOMEN: LET’S TALK is hosted and produced by NPR-WGVU Public Media’s own team of powerful women, Shelley Irwin and Jennifer Moss.

She’s celebrating 20 years at the podium of the West Michigan New Horizons Music Ensembles as Music Director. Her career journey includes directing, teaching, and playing the oboe. She also can be found performing aqua yoga or making bread in her spare time. We introduce you to Dr. Nancy Summers on this edition of Powerful Women: Let’s Talk. 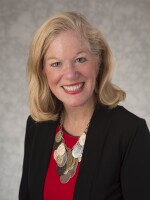